Home » Blog Posts » My closet’s full of Stacy’s Naked Pita Chips, so what?

Home / All Sections / My closet’s full of Stacy’s Naked Pita Chips, so what? Why is it that whenever I buy foods in large quantities to stock up, people feel the need to make sometimes rude or obnoxious comments about ‘how hungry’ I must be, or ‘gonna have a big crowd tonight,’ etc? I have a family of five and limited funds, and my wife and I both work full time and attend college. Don’t people believe in stocking up any more? Are these people trying to be rude, or are they just trying to find a way to make conversation?

Some people probably assume you’re just being piggish or greedy. Some are always opening up their hole when they don’t need to, always got to throw in their two cents and you look at them and think or want to say ‘ WHO THE HELL ASKED YOU ANYWAY?’

I think a big part of it is that 75 percent of the population can’t cook a meal that doesn’t come in a box. Let them talk. You’ll get the last laugh. You’re saving tons of money while they’re blowing it on prepackaged microwave dinners.

It may be that they are just rude, because people are rude about a lot of other things besides that, like driving and waiting in line for fast food (working in fast food was horrible for me because of how rude and impatient people are). If they are trying to start a conversation, it is certainly not a good way to do so.

I work for Costco, and a majority of the people who shop there have large families (3+ kids) and they are just stocking up on things for lunches for the kids, and easy to make dinners (frozen chicken, fish, etc.).I doubt most people are intentionally being rude. My guess is they are just teasing you.

I too buy in bulk to save time, and it makes sense to shop this way. To me an explanation of this is pointless, especially in my case since I’m a single woman living alone. I guess all single people eat out everyday, or don’t know how to cook. Most people are amazed at what I have to offer them when they visit. The look of amazement on their faces when I open my refrigerator or cabinets still baffles me. And of course they always ask why I cook so much. Well, have you ever heard or leftovers? These people don’t realize how invasive it is to ask a total stranger why they buy anything for that matter. It’s none of their business and if they had any sense they’d be buying bulk, too. 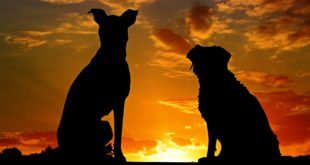 Are blacks dogged by fear of canines?

Why are so many African-American people afraid of dogs? I have experienced this phenomenon in ...